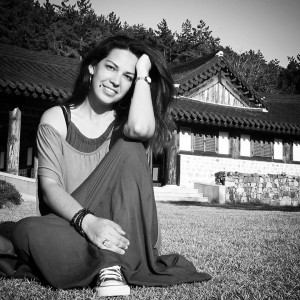 Yana made successful carrier in the leading magazine Journal Za Jenata /Women’s Magazine then followed her second great love: cinema.
She is Master in Cinema and TV from New Bulgarian University.

Probujdane /Awakening/ (2013)- her debut short film as a student of Georgi Dyulgerov’s Master class helps her achieve success in film festivals in Bulgaria and abroad.
Yana Lekarska went to Seoul in 2014 with Korean scholarship. She enrolled in one of the most prestigious Korean universities Chung Ang University-Seoul.

The Bridge (2016) is her latest film in Korean with Korean comedians, and its world premiere was during the 20th Sofia Film Fest.
Yana is also freelance journalist.