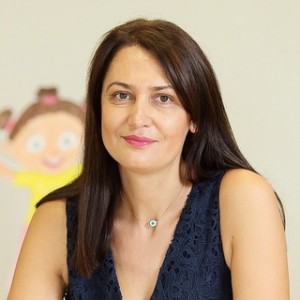 Donika Rizova is Journalist at Bulgaria ON AIR, and Manager Corporate Social Responsibility at Investor Media Group, actively involved in cultural, charitable and other causes, contributing to the development of the Bulgarian society.  PR expert in Bulgaria ON AIR.

Donika Rizova holds the Union of Bulgarian Journalists’ award Golden Feather in TV category, the Golden Heart award for her social engagement, a nomination for the award Together in Charity. She was awarded at the Bulgarian Europe Festival, Business Lady Magazine award in TV category and nominated for Woman of the Year 2016 awards by Grazia magazine.

Member of the Board of the Bulgarian PR Society.

Donika Rizova is Ambassador of the Investor Media Group campaign The Funny Reading. She is a regular guest-lecturer in universities and schools, and an established analyst on media topics.