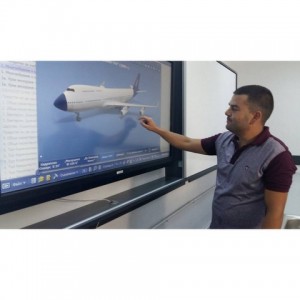 #върниобратно /#getback/ is an idea, a dream we turn into reality.

#върниобратно are you and I, all of us.

Those who care and who believe that the world around us, that Bulgaria can become a better place.

The most important is that traditionally everyone in Bulgaria believes in education, children and their development and future.

We are former students graduated in 2002 from Natural Sciences and Mathematics High School “Academician Nikola Obreshkov” in Burgas.

In 2017 we celebrate 15 years since graduation and we decided to make a party, but also something else for our beloved school – all together, the graduates of year 2002.

We contacted the management who told us about their dream – multimedia interactive system.

A system including hardware and software for a total of 8000 leva. Expensive, but very useful. We decided to give it a try. And you know what? We did it!

For less than 2 months all former students graduated in 2002 we collected the money and even more, because everyone was so positive about the idea.

The result – our school is now the only one in Burgas with one of the most modern education systems. Also the best students will get some financial rewards next year.

All this is our work, we did it alone, no State, Municipality, political parties or companies.

How much we paid – just about 100 leva per person.