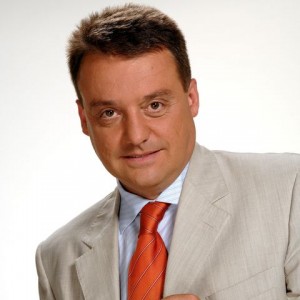 Graduated from Sofia University with Masters degree in Philosophy in 1989, he intended to specialize in political economy but instead he was offered a position as economic journalist Narodna Mladej newspaper.

Vladimir was contributor in Dialog weekly in the beginning of 90s and also in Ekip 2 in the Bulgarian National Television. He also worked in 24 hours daily and Standard daily.