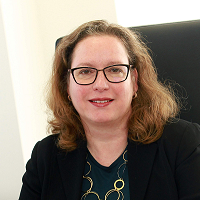 Ambassador of the State of Israel

Irit Lilian started a career in Journalism after her military service in Israel in the period 1980 – 1983. In 1986 she joined the Ministry of Foreign Affairs in Israel and between 1991 and 1996 her professional career evolved in various roles in the Ministry. She has a Bachelor’s degree in Archeology and Ancient Cultures from the University in Tel Aviv and a Master’s degree in Egyptology and Classical Philology from the Jewsih University in Jerusalem. H.E. Irit Lillian was promoted to Ambassador in 2014 and in 2015 she became the Ambassador of Israel in Bulgaria.