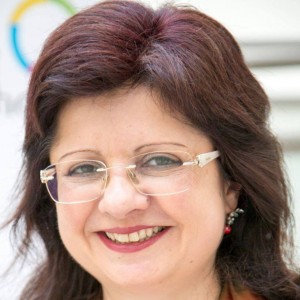 Rennie Yotova is Director of BRECO in the International Organisation of La Francophonie.

Rennie Yotova has written and published many articles on the contemporary literature in French on space, borders, trans-language, violence.

BRECO is one of the six regional offices of the OIF in the world, based in Bucharest (Romania) for Central and Eastern Europe.

The International Organisation of La Francophonie represents one of the biggest linguistic zones in the world. Its members share more than just a common language. They also share the humanist values promoted by the French language. The French language and its humanist values represent the two cornerstones on which the International Organisation of La Francophonie is based.