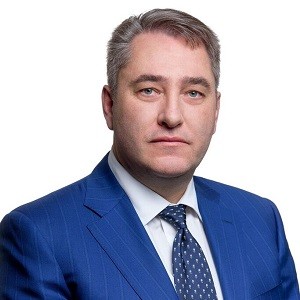 Asen Yagodin is Executive Director in charge of Corporate Banking and Capital Markets in Postbank.

He started his professional career in 1993 as a Teller in one of the branches of Bulgarian Postbank in Sofia. The same year he was reappointed Junior Dealer in the newly formed Division Money and Capital Markets and promoted to Head of the Division in only two years.

In 2001 Mr. Yagodin joined the Board of Directors and from 2004 to 2011 he was Executive Director of Postbank.

Meanwhile, he held positions in the Board of the Association of Banks in Bulgaria, in the period 2010-2013 he was its Deputy Chairman. In 2009 he was elected also as a Board member of the Bulgarian Stock Exchange – Sofia AD and since January 2010 he is its Chairman.

In the period 2011 – 2013, Asen Yagodin was Chairperson of the Management Board and CEO of Bulgarian Development Bank.

Mr. Yagodin holds Master’s degrees in Finance from the University of National and World Economy, Sofia (1992) and in Business Administration from the American University in Bulgaria (2005). He has several additional specializations in Salmon Smith Barney London, in the Austrian Institute for Financial Derivatives, in the Ministry of Finance in Luxembourg, etc.

At the end of 2010 Mr. Asen Yagodin was elected “Banker of the Year” and in 2012 he received the award “Mister Economy” for his contribution to the development of small and medium business in Bulgaria.