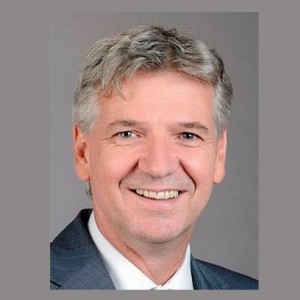 Ambassador Denis Knobel is born in 1961 in Lausanne, Switzerland. Studied History, Anthropology, Communications and Philology in University of Fribourg and worked as journalist in a newspaper in Bern and for Fribourg ingormation agency.

Starts his carrier in the Federal Department of Foreign Affairs /FDFA/ in 1989 as an intern. Denis Knobel  worked in developing multilateral relations (UNDP, UNFPA, FAO, etc.), and in Belgrade, ex-Yugoslavia . From 1990 to 1995 Mr. Knobel took part in the development of the cooperation between Switzerland and Eastern Europe (1990-1991) after which he is responsible for the development of rural areas in the First political department in Bern as well as for the evaluation of the Cooperation Bureau with Eastern Europe. Since 1994 he works on the same position in the Swiss Directorate for development and cooperation.

On Dec. 9, 2014 Mr. Knobel handed in his accreditation letters to the President of Republic of Bulgaria and officially became Ambassador of the Swiss Confederation in Sofia.