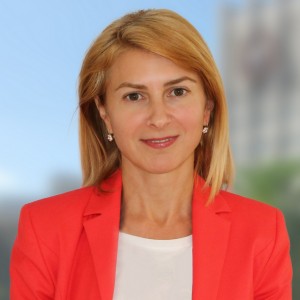 Tanya Hristova is Mayor of Gabrovo since 2011.

She holds two Master’s degrees in English Philology and Finance from St. Cyril and St. Methodius University of Veliko Turnovo. In the period 2007-2010, she was deputy mayor on sustainable development of Gabrovo Municipality as part of the team of the then mayor. From 2010 until she was elected mayor in 2011, she was head of the cabinet of the EU funds management minister.

Mrs. Hristova is a chairman of the Managing council of the Municipal network on energy efficiency „EcoEnergy“ .

Married with one daughter.