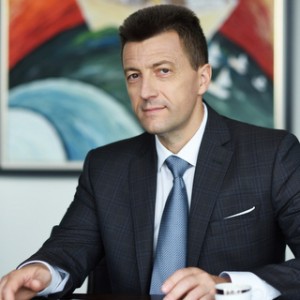 CEO of UBB and CIBANK

Since 2008 he has also been a member of the Management Board of the Association of Banks in Bulgaria and its representative in the Banking Supervision Committee at the European Banking Federation.

Before his appointment in CIBANK, Mr. Andronov held a number of positions in the private banking sector and in the Bulgarian National Bank. From 2002 until May 2007 he  headed  the Banking Supervision Department at the BNB. From 2003 until May 2007 he was a member of the Management Board of the Reserve Guarantee Fund. Mr. Andronov is also a member of the BNB’s Investment Committee.

Mr. Andronov has been involved  in the elaboration  of the currently effective legislation framework on bank supervision in Bulgaria, incl. the Credit Institutions’ Act, the Supplementary Supervision of Financial Conglomerates Act, the BNB’s supervisory ordinances, instructions etc.

He is fluent in English, German and Russian.